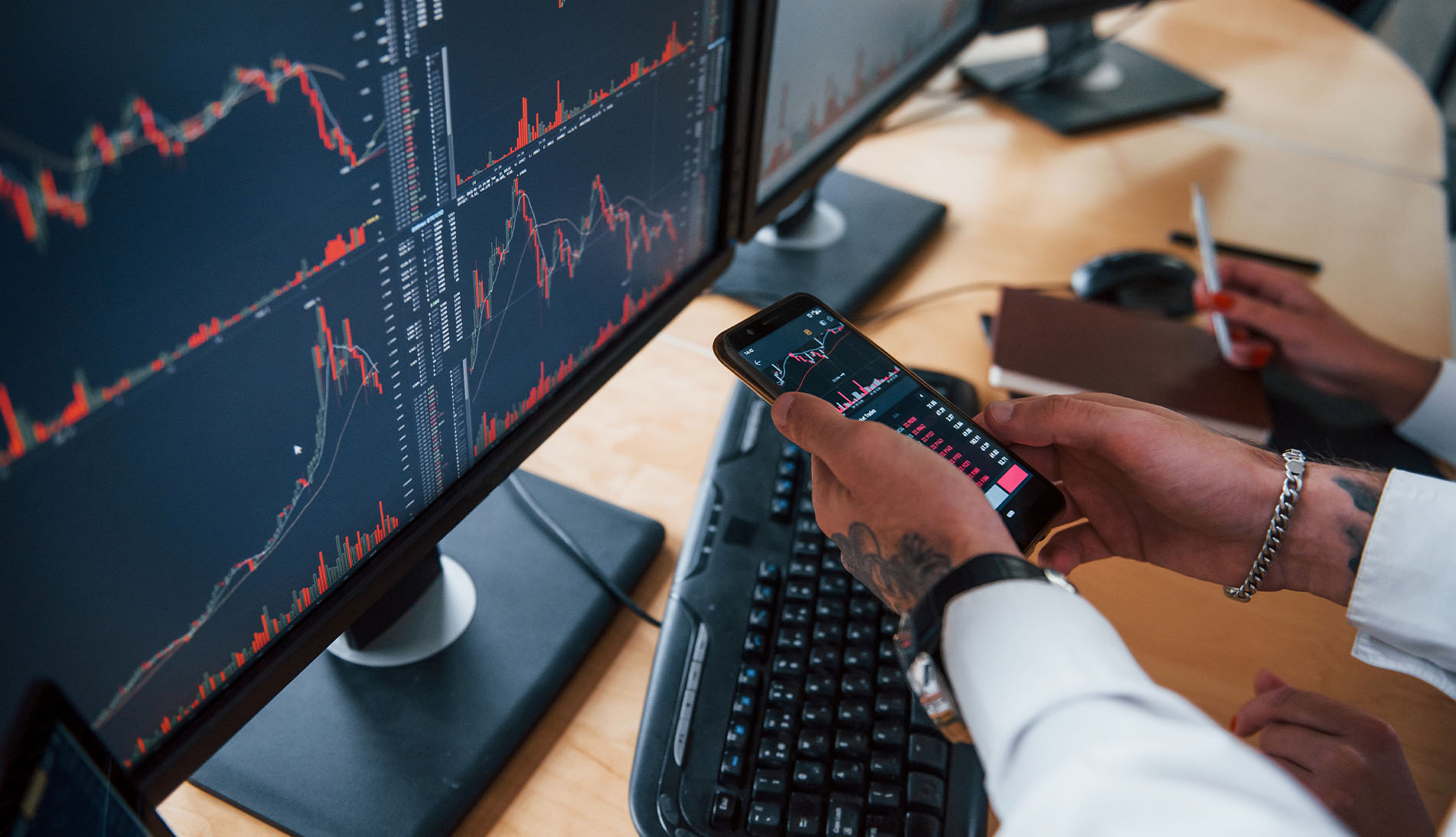 The defining issue and top global emerging risk of 2020 is climate risk, which has been gaining a sense of urgency with major implications for financial institutions. Climate change can no longer be viewed in isolation as a reputational risk bust must be seen and addressed as a financial risk that needs to be integrated into existing risk management frameworks. Climate risk is a “transverse” risk that can extend its reach into existing risk stripes. As climate risk manifests itself through existing risk stripes, climate change can also heighten credit risks for banks, as demonstrated by the recent PG&E bankruptcy. Banks need to consider how climate-driven financial risks can be embedded into current financial risk management frameworks.

Regulators have been influenced by increasing interest in both the impact and implications of climate change as a result of public awareness and the failure of governments and the United Nations to reach substantive and collective agreement. In this vacuum, central banks are starting to lead by example by including climate-related risks in their evaluations, leading to an escalation of policy pronouncements which are likely to adjust more rapidly with an intensification in the climate change debate. Increased cooperation is evidenced by The Network of Central Banks and Supervisors for Greening the Financial System (NGFS), an international cooperation and collaboration between central banks and regulators with a main aim to address the financial sector’s attempts to achieve the Paris climate goals.

Since climate change continues to have huge economic and political implications, regulators are pushing financial institutions to take climate risk issues in their analyses of country risk and sovereign ratings which will filter down into individual counterparty ratings.

The IMF’s new chief, Kristalina Georgieva, pioneered green bonds in 2008 while at the World Bank. She is discussing whether assigning different risk weightings to assets that are more or less green is fostering an important discussion that engages the financial community. Recently the US Democratic Senator Brian Schatz of Hawaii introduced a bill that would direct the Federal Reserve to subject large banks to do stress tests measuring their resilience to climate-related financial risks. The proposed Climate Change Financial Risk Act of 2019 underscores worries among policy makers over the risk posed by the financial system by the continuous and sustainable weather events which continue to plague the continental United States.

Accountability has become the weapon of choice, with financial institutions having signed up to laudable climate principles (i.e. the Equator principles); they will need to demonstrate with actionable examples how they are adhering to such principles. Shareholder and social media will apply a lens which may mean Boards will need to become climate literate at a faster pace.

The need for disclosure is paramount and this process will escalate initiatives led by the Task Force on Climate-Related Financial Disclosures of the Financial Stability Board. As an example, the Task Force is recommending that companies make their climate-related risks known to lenders and other stakeholders.

Board members are increasingly being viewed as fiduciary custodians by their stakeholders and as such there has been a need to include representation from climate science on the Board. Moreover, some Boards are openly demanding the need for organizational structural change by means of a Sustainability Committee reporting directly to them to enhance Board comfort around the climate challenges.

A call to action seems to have resonated with all stakeholders within the community as evidenced below: • The UK’s regulators — the Prudential Regulation Authority became the first regulator in the world to publish supervisory expectations that explain how financial institutions need to develop a methodology, framework and approach to managing financial risks emanating from climate change.

The Bank of England is insisting that there is a senior manager in each major financial institution responsible for managing climate risk, who can be liable for fines or a ban if there is ineffective governance and oversight.

Barclays has joined sixteen other leading banks, the UN Environment Finance Initiative (UNEP FI) and Acclimatise, in publication of new methodologies that help banks understand how the physical risks and opportunities of a changing climate might affect their loan portfolios.

HSBC has set-up its Climate Change Centre of Excellence which analyzes the commercial implications of climate change for HSBC Group businesses and clients.

French banks such as BNP, Societe Générale, Natixis and Credit Agricole have retreated and stopped lending focused on oil and gas from shale and tar sands. These banks are pioneering in the climate space driven mainly due to France’s Energy Transition Law, which was introduced in 2015 and requires financial institutions to report on their carbon risks.

The European Union is to stop funding oil, gas and coal projects at the end of 2021. The European Investment Bank (EIB), the EU’s financing department, will bar funding for most fossil fuel projects.

Sweden’s central bank has ditched bonds issued by Australian and Canadian regions on the grounds that their carbon emissions are too high.

A shareholder in Australia filed suit against the Commonwealth Bank of Australia for failing adequately to disclose climate risk. The case was dropped after the bank released new reporting that recognized climate change as a financial risk.

A retreat from lending to companies with large carbon footprints has left some financial institutions with large industrial exposures that they had not planned or been prepared to hold.

Spanish energy company Repsol SA is cutting the value of its assets by billions of dollars because the global transition to a lower carbon economy is weakening the outlook for energy prices.

Up until now, these climate risks largely have been absent from investors’ models, but the rating agencies are at least thinking about changing their methodology and methods in assigning ratings, to incorporate climate risk.

Investment funds are now being held to a higher standard when it comes to their portfolio restrictions and guiding principles on climate-related investments.

Financial risks stemming from climate change look at those risks as arising through three main channels: physical risk, transition risk and liability risk. Physical risks arise from climate- and weather-related events. These changes in the physical environment will create physical risks that will impact individuals, businesses and economies, consequently affecting a variety of financial transactions. Transition risks arise from the process of adjusting toward a lower-carbon economy. Policy, technology and laws relating to climate change could be accelerated, prompting a reassessment of the value of a large range of assets as costs and opportunities become apparent. This reassessment could modify the value of assets and liabilities, thereby altering the risk profile of financial institutions. As the opportunity to take voluntary steps lessens and the more immediate and demanding government requirements may become, the higher the velocity at which the transition occurs will affect the scale of disruption for affected industries.

In jurisdictions such as the US or Europe, lenders are unlikely to be held directly liable for the activities of the companies that they lend to; however, this may soon change due to increased political and social pressure. Banks acting as underwriters of bonds should assess the materiality of climate risks to an issuer’s business when drafting risk factors in the offering documents. For Board members, there is a real risk of being sued for not disclosing and alternatively being sued for making forward looking statements about climate change which prove to be incorrect.

Given the uncertainty around the future path of emissions, and their associated economic and financial impacts, a natural tool for analyzing these risks is scenario analysis. There are two primary types of scenarios fit for this purpose: climate-impact (physical risk) scenarios and transition scenarios. Climate-impact scenarios investigate the effects climate change could have on economies, societies and ecosystems,

given an assumed level of emissions; transition scenarios model how economies might adjust given a temperature target and government policy. While existing scenario analysis or stress testing frameworks can be leveraged, climate risk scenario analysis differs from the traditional use of these with longer time horizons, description of physical variables and generally the non-inclusion of specific economic parameters. The Bank of England is asking British insurers and lenders to gauge to what extent global warming might impact the value of their investments and balance sheets — and its potential to destabilize the financial markets. The three climate scenarios promulgated by the bank’s Prudential Regulation Authority are “exploratory” in nature. The hypothetical narratives are designed in a way to pinpoint risks and exposures with no pass or fail and a publication of results in aggregate without naming institutions.

There is a need to examine existing risk types and consider whether climate risk is sufficiently material to be incorporated and embedded into established risk frameworks. Financial risks will typically be greater for long-lived assets and liabilities (e.g., infrastructure, pensions) than short-term contracts, where risks and pricing can be more readily adjusted. There may also be consequential risks, such as concentration risk and asset-liability mismatches. The more that these types of transverse considerations are embedded into firms’ day-to-day governance and risk management processes the better firms will be able to manage and mitigate the financial risks of climate change. The risks relate to a firm’s clients, counterparties, and their own internal operations.

Moreover, credit analysis will also have to change as illustrated below to meet the climate risk challenge.

Climate change may affect the comparative market competitiveness and performance of the firm, i.e. the writing down of carbon asset values on the balance sheet.

Noncompliance with environmental regulations could result in various and different forms of liability for the project and its stakeholders as well as unwarranted publicity.

The client’s ability to refinance may be compromised once awareness of climate risks have increased, making it more difficult for a current investor to exit.

Repayment sources may be affected as income from the sale of assets or equity by clients may be diminished, as climate change will affect market values.

The cost of insurance for clients may increase, and exclusion clauses may become more onerous. Insurance cover may no longer be available, forcing companies to self-insure, which would require them to make financial provisions to cover future losses, affecting their financial capacity.

Now is the time to act on greening the financial system in order to move away from a verbal undertaking of corporate responsibility to one of sustainable leadership. The world is watching to see which financial institutions have the vision and leadership that define their role in the social and economic fabric of climate change.

This article was published on issuu